The solution for conveyor

DASH Engineering are a Perth based engineering consultancy specialising in rolling bearing applications and failure analysis. Through years of work with Pilbara-based mining clients, it became apparent that the current ‘standard’ for contamination mitigation (sealing) in conveyor pulley bearings is ineffective, un-reliable and un-predictable, resulting in failures occurring unexpectedly and costing millions in downtime and lost production.

‘A solution is required’

The statement from a major Pilbara-based iron ore producer, after a series of failures and subsequent investigations, revealed ingress of contamination to be the root cause of failure.

Data shows that standard ‘Taconite Seal’ designs are fundamentally ineffective against contamination ingress and do not allow for misalignment of the shaft or axial float of the bearing, both of which are required in a conveyor pulley.

The challenge set for DASH Engineering was to develop a seal that was:

The standard bearing for conveyor pulleys is a spherical roller bearing which allows for misalignment of the housing with respect to the shaft of 2° – 2.5°.

The challenge for developing a housing seal that can accommodate this misalignment is that the centre of angular misalignment is the bearing. Therefore, the seal must articulate both angularly and radially, as well as allow for inherent axial bearing float.

The patented SAPO Seal design accommodates this misalignment and float.

While also offering the additional benefits of Monitorability, Maintainability, and Predictability. 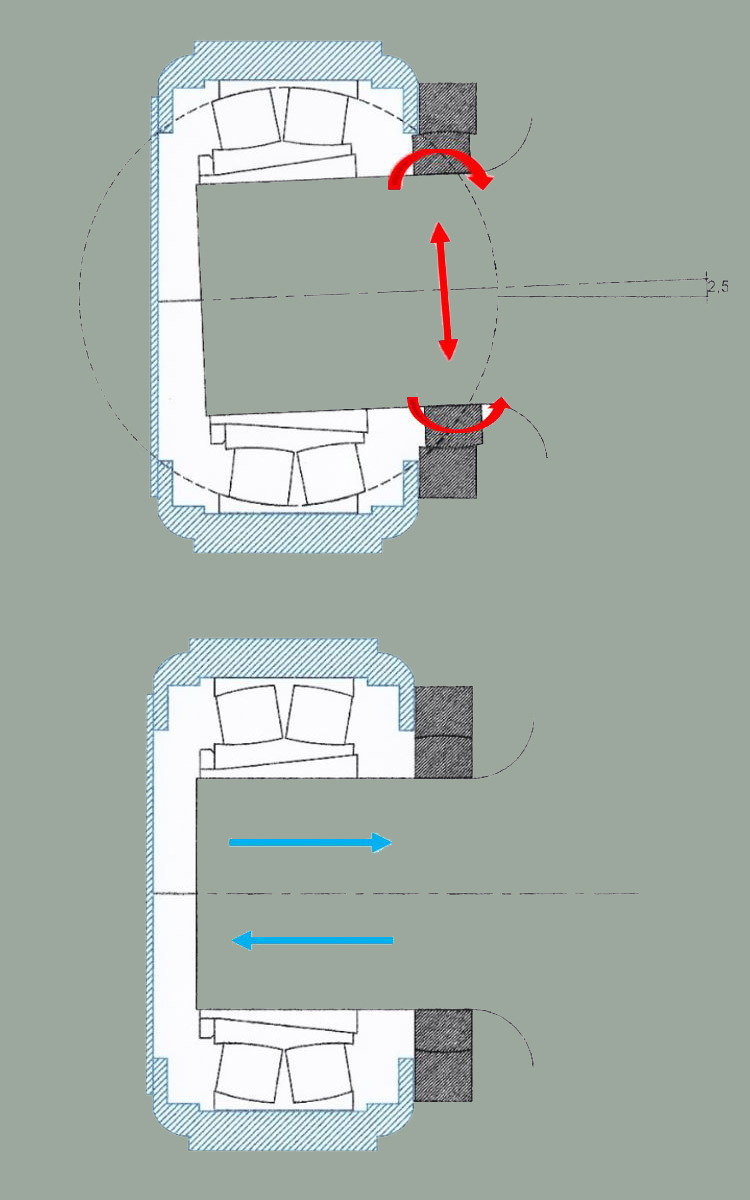 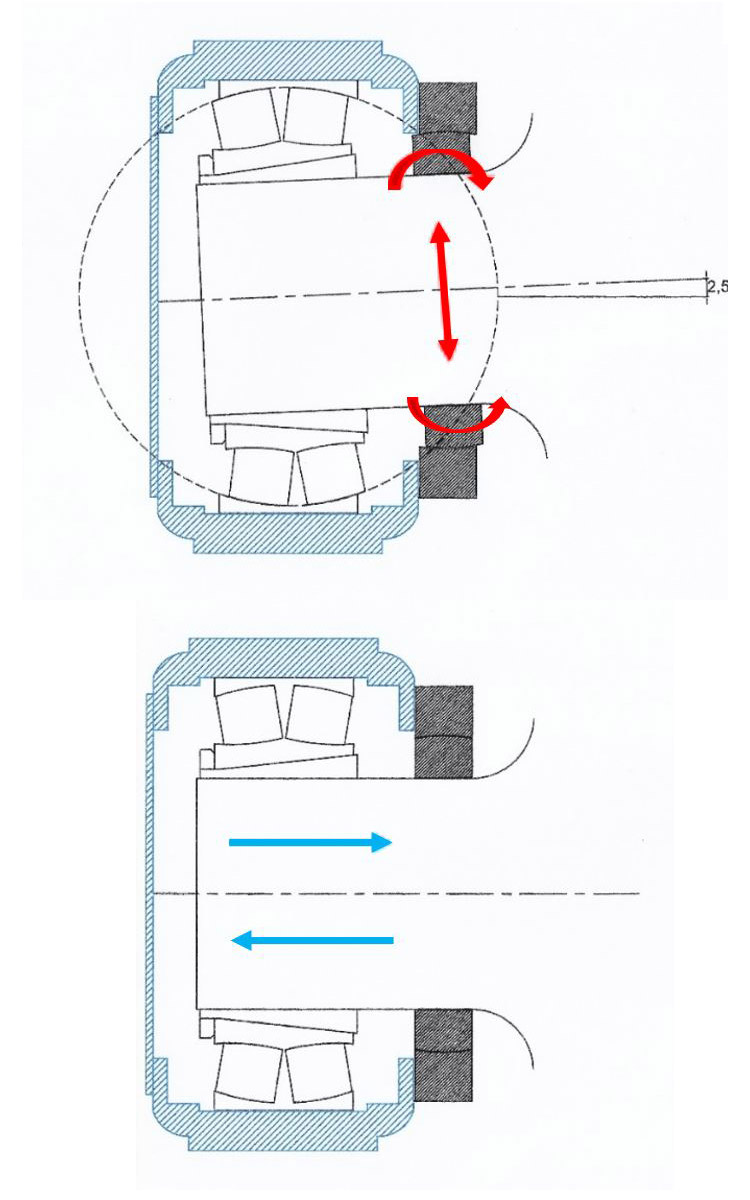 The SAPO® solution utilises a pressurized closed-oil system to maintain effective sealing, with oil accumulator and return line mounted outside the guard.

As such, the oil and system can be flushed, replaced, sampled and pressure checked all whilst operational.

To verify the effectiveness of the SAPO® solution and provide the user with added peace-of-mind, anendoscope camera is also installed in the housing to detect contamination ingress. 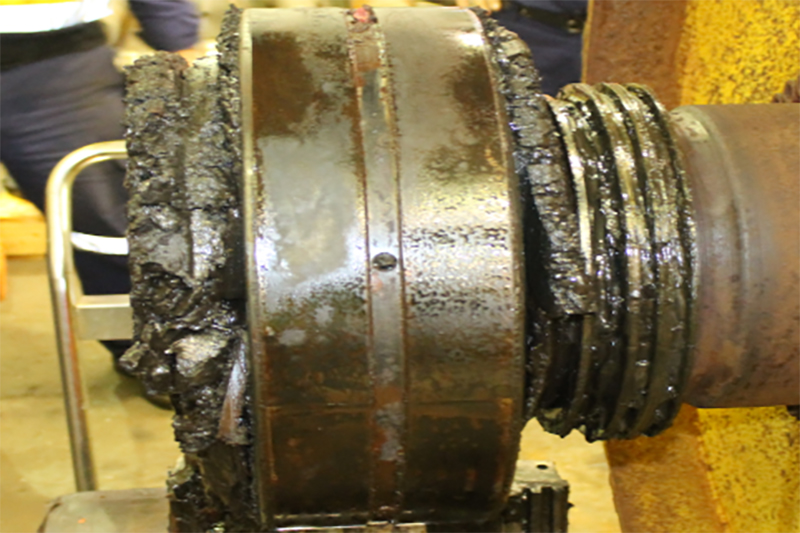 DASH Engineering have conducted in excess of 500 investigations of conveyor pulley bearing failures. The VAST MAJORITY of these failures were a result of contamination from ‘dirt and water’. Conveyor pulleys in the mining industry currently utilise a type of ‘Taconite Seal’.

First developed in the 1960s to combat Taconite which is a very fine form of iron ore. Several designs of Taconite seals are currently available.

The fundamental design remains the same; a grease filled/purged labyrinth in front of a contact lip seal.

A combination of a taconite seal (1), stagnant grease (2) in the housing cavity and a sealed spherical roller bearing (3). 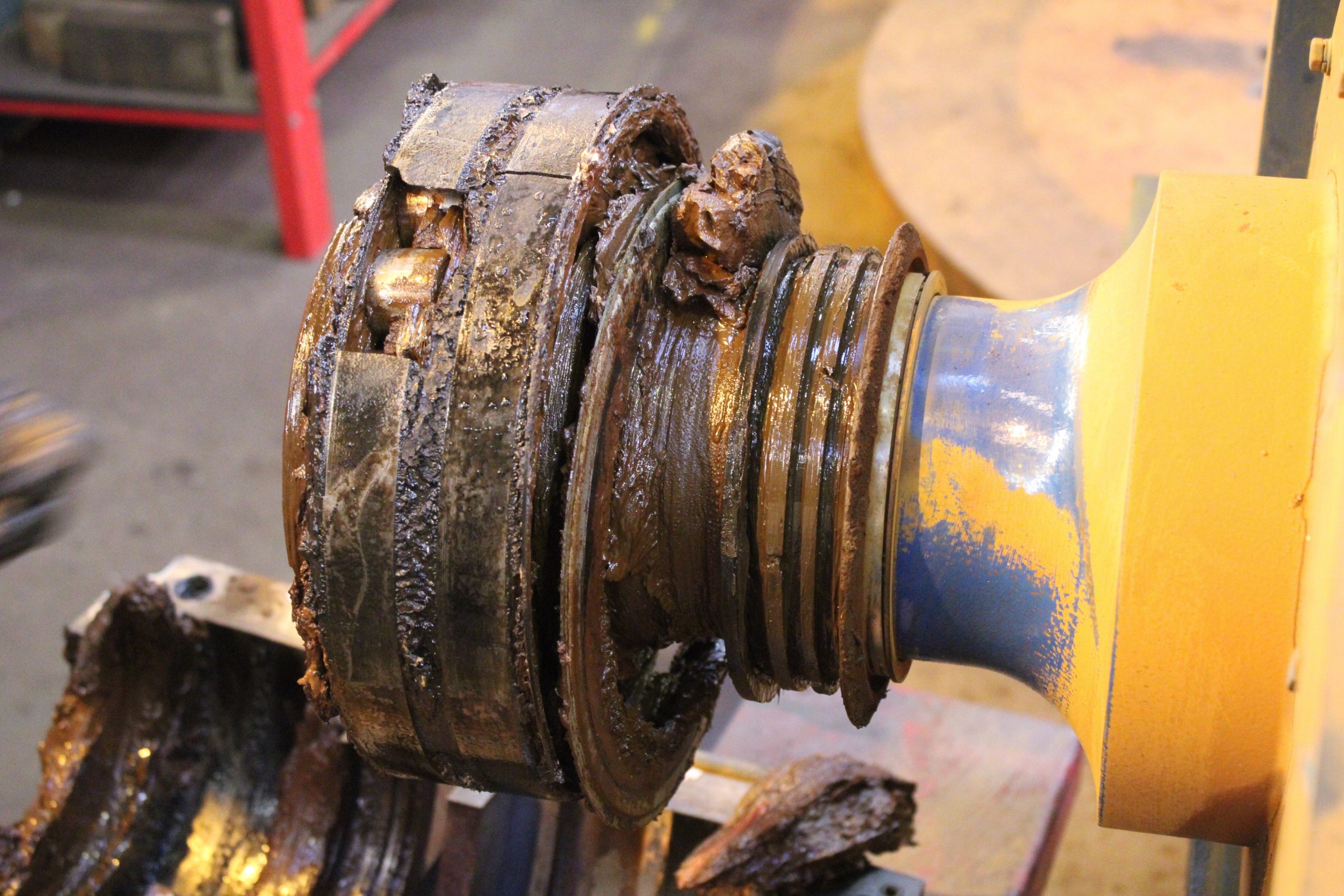 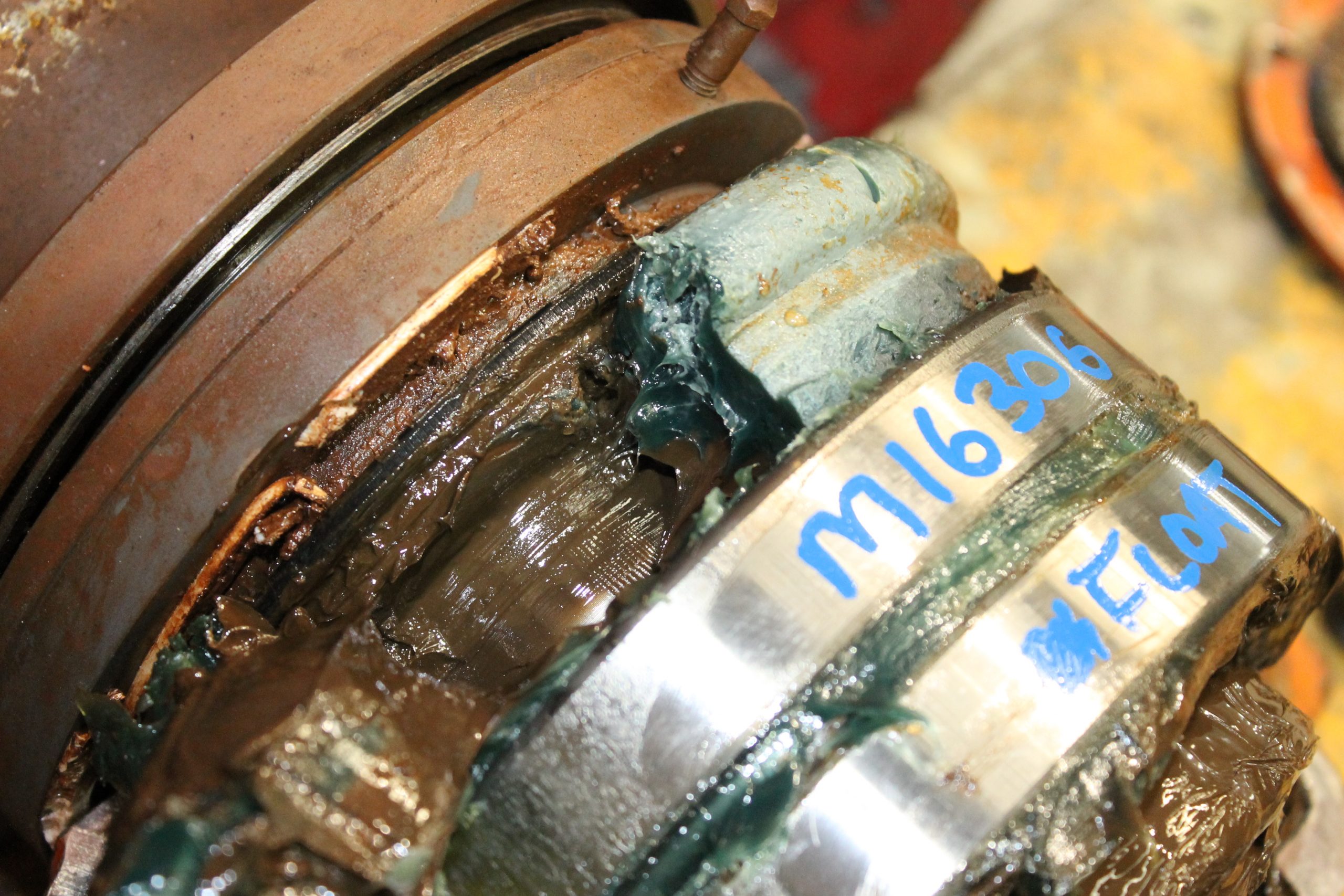 When contamination enters grease filled labyrinths the change in grease consistency combined with shaft rotation often causes the contaminated grease to breach the contact seal and migrate to the bearing.

This Contamination Migration process causes catastrophic bearing failure with little or no warning resulting in unplanned stoppages, damage to associated equipment and loss of production